Be the first to review this product
Special Price £19.99 Regular Price £49.99
Out of stock
Product code
BBT218
Limited edition print personally signed by Spurs captain Dave Mackay. The cigarette card style presentation features all the players from the winning team, the manager Bill Nicholson and all the results from Spurs 1967 FA Cup win.
Approximate size:16.5 x 23.5 inches
Categories:Football, Tottenham Hotspur, Dave Mackay, Gifts Under £50
Dispatch time:Usually dispatched within 2-3 working days
Notify me when this product is in stock
Add to Wish List Add to Compare
Share
Facebook Twitter Pinterest
Hologram Certificate of Authenticity
Over 15 years verifiable history
100% authentic hand signed
Have a question? Call us 01202 406777
Skip to the end of the images gallery 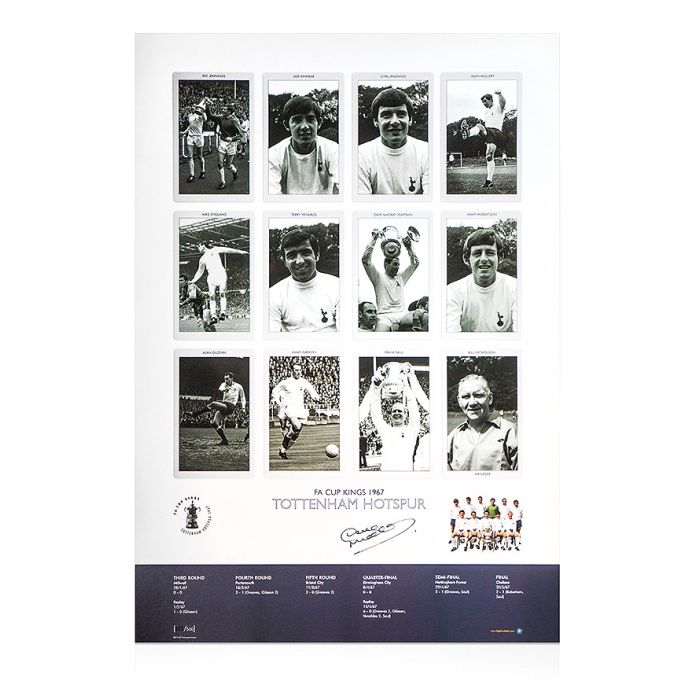